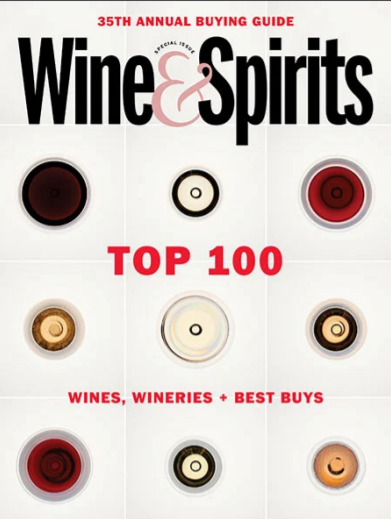 Fetzer Vineyards, a leading marketer of multi-origin wines and spirits from the United States, Chile and Argentina, was named a top importer of 2021 by influential wine publication Wine & Spirits magazine. This is Fetzer Vineyards’ first inclusion on the esteemed “Importers of the Year” list, which appears in the publication’s Winter 2021 Issue. It follows the company’s 2018 addition to its portfolio of iconic South American brands Don Melchor, Marques de Casa Concha and Casillero del Diablo, as well as the wines of Bodega Trivento, the world’s leading Argentine wine brand.[1]

The Wine & Spirits editorial team characterizes U.S. importers included in its 2021 list as those who “stake their business on finding wines you’ll want to drink,” and notes that “these 11 importers found the most we want to drink out of all the wines we tasted last year.” The publication tastes thousands of wines each year in a rigorous blind tasting process, and its inclusion of Fetzer Vineyards on its list solidifies the company’s standing as one of the most respected importers in the U.S. In addition to the praise for its imported wines, Fetzer Vineyards is commended for “Best Buys” originating from its California portfolio, including Bonterra.

Concha y Toro, imported by Fetzer Vineyards and a Wine & Spirits Top 100 Winery of 2021, is also prominently featured in the Winter 2021 Issue. Profiled in “The Top 100 Premier Cru,” a feature highlighting the wineries that have appeared most frequently over the three and a half decades of the Top 100 list, Concha y Toro is the second-most-awarded winery among a global list of esteemed vintners.

“We are very proud to be included on this year’s Wine & Spirits Importers of the Year list, alongside great company,” said Giancarlo Bianchetti, CEO of Fetzer Vineyards. “We’ve achieved this milestone thanks to the combined efforts of many over numerous years of focused work. We share this tremendous recognition with our extended team including our suppliers and trade partners.”

Fetzer Vineyards is an award-winning purveyor of multi-origin wines and spirits, selling in over 50 countries worldwide. Founded by Barney Fetzer in Mendocino County, CA, in 1968, and part of global powerhouse Viña Concha y Toro, Fetzer Vineyards today remains driven by excellence, innovation and longstanding commitments to the environment and responsible business practices. With a focus on crafting wines made from sustainable, organic and Biodynamic® grapes, Fetzer Vineyards is a leading U.S. marketer of wines, the nation’s primary importer of South American wines, and the United States’ largest Certified B Corporation winery—a testament to the company’s dedication to the transformational goals of regenerative business.

You must be 21 years or older to enter this website. By clicking 'enter our website' you are confirming that you are of legal drinking age in your country.